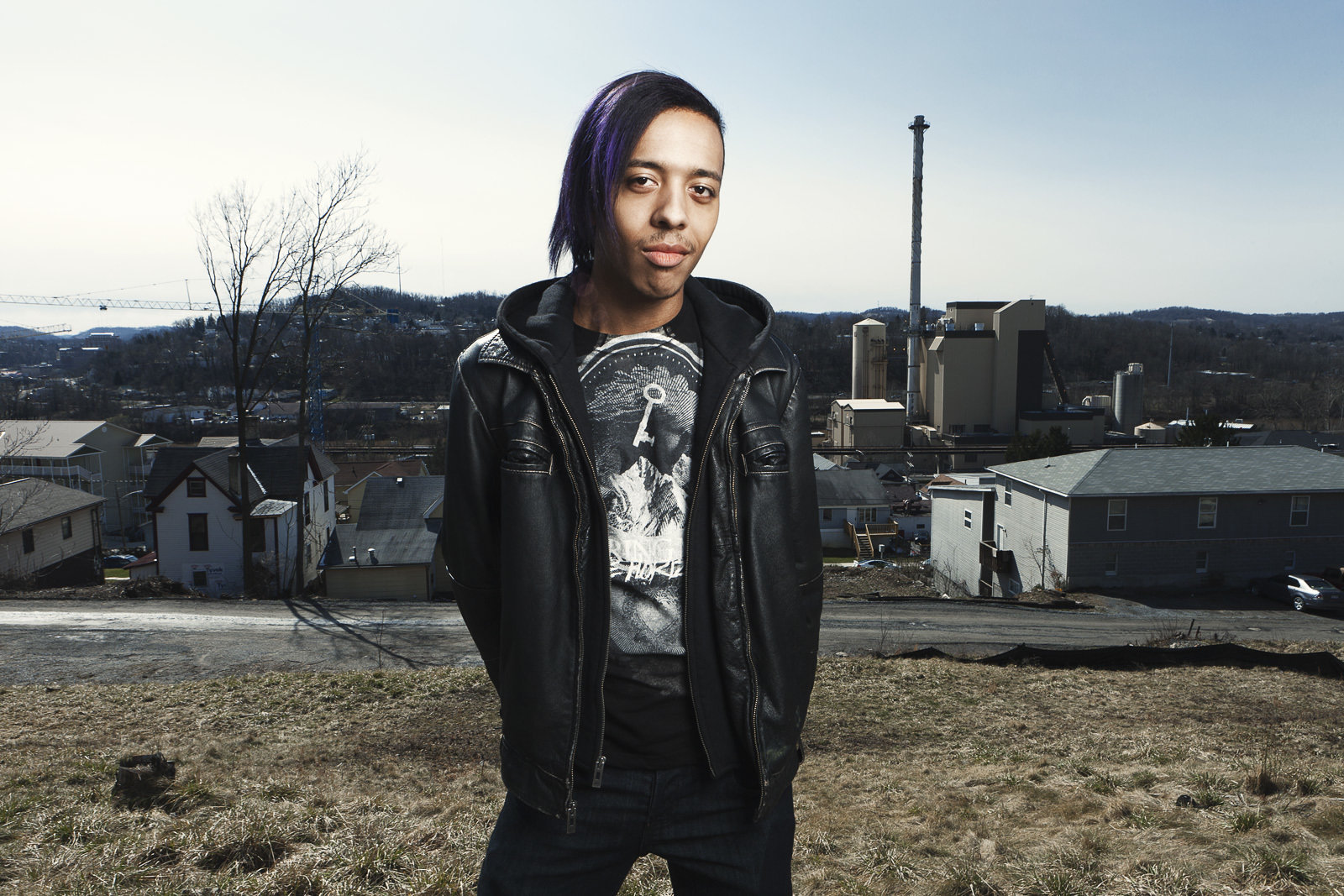 My middle name, Q’ran, was chosen by my father. He was into black power and Malcolm X at the time I was born. I was exposed to many different religions growing up. When I was little, I was raised by my grandmother, who’s Southern Baptist, like most of my family. My father was always the outspoken atheist, and after living with him, my views moved toward agnosticism. My opinion is that since there are so many religions in existence, who’s to say which one is real or true? Why worry about it, if we’ll find it out when we die? Just live in the now. I’ve been gay for as long as I can remember. I recall pseudosexual play with other boys as early as seven years old. It’s just who I’ve always been. There wasn’t one big day where I was like, “OMG, I like boys.” Being gay is just another part of being alive for me. My homosexuality doesn’t define me, though. I’m more than just gay. I’m a son, a brother, a friend. Over time, I’ve heard a lot of really epic coming out stories. Mine was never on par. In fact, I never really came out. I just was. I think a lot of my family knew before I did. All I ended up doing was changing my MySpace orientation to “gay.” About two weeks later my mom saw it and asked me about it. When I told her, she bought me some condoms, and that was that. The rest of my extended family (uncles, aunts, cousins) know but don’t mention it. I was always the golden child who could do no wrong, and they still try to think of me in that way. I’m in the middle of getting my bachelor’s in Spanish, and I work at a gay bar here in town. When I get the chance, I like helping out Caritas House, a local charity that provides for people in northern West Virginia who are affected by HIV and AIDS. After graduation I see myself traveling abroad. I want to go to Spain, Israel, Turkey, Ireland, everywhere. I want to see the sights, eat the food, and immerse myself in other cultures and the languages. I have a feeling that once I go away, I’ll probably want to stay. I just want to get out there and have fun, no matter what I choose to do.