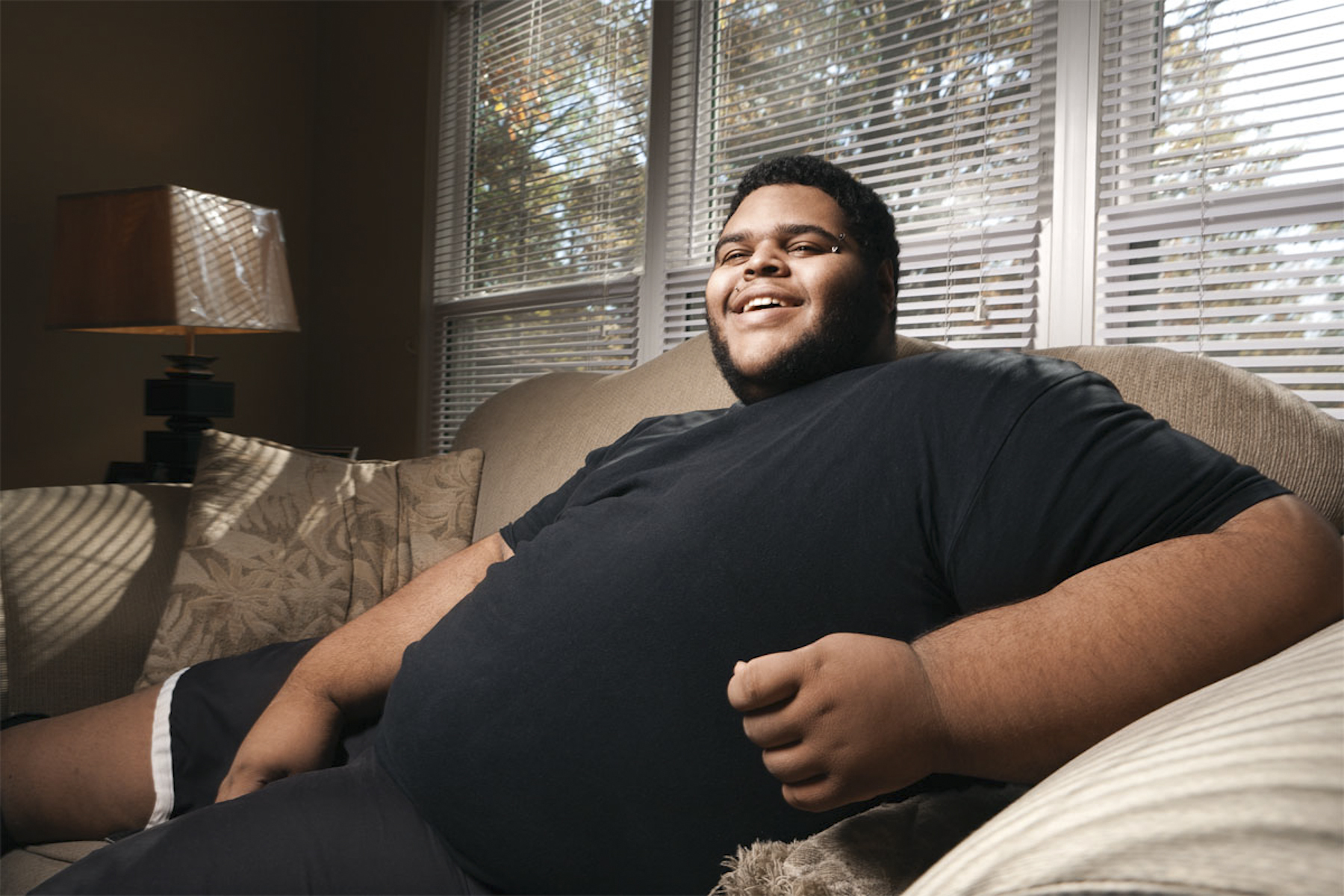 I’ve always been known as the big kid, the one people befriend mostly out of pity. When I began exploring my sexuality in junior high school, kids told me they expected it of me because I was so big that I couldn’t get a girlfriend, and being gay was a last resort. I always brushed off the jokes and taunts, but I wondered if it was true. A good friend of mine convinced me to tell my mother. When I tried to explain my feelings, she reacted terribly and threatened to kick me out. She couldn’t fathom having a gay son. After not speaking for a night, I told her I was joking and just said it for attention. It hurt to lie, but I couldn’t bear the awkwardness between us. The following year I started high school. I wanted a clean slate, to just start over. But the thing about high school is, kids are vicious and persistent. They will rub you raw until they hear the information they want. For the first two years, I tried to ignore the teasing and name calling. I tried to suppress the rumors by dating girls, but I was only hurting them by pretending to be something I wasn’t. It seemed that more and more of my friends turned against me. That’s when I decided to turn to the one person people said would never help or accept me: Jesus Christ. I started to attend church regularly. I met a youth pastor who turned out to be not only my savior, but also my guiding light. She helped me feel accepted. I was shocked, because any time I thought of being gay, I thought about burning in Hell and never being accepted by Christians. I joined a program similar to Habitat for Humanity known as Impact Virginia!, spending time worshiping and building houses for the less fortunate. It was a place for Baptist teens to make friendships with the Lord and each other. I mostly went to bond with my youth group and hopefully make friends with them. One night we had a guest speaker tell us a story about how his brother was gay and how he would never stop loving him for it. He could never bash his brother for his lifestyle, even though he had seen so many other fellow Christians do the same. He went on to say that our sexuality didn’t define us in God’s eyes, it was our acceptance of Him that did. I was dumbstruck. It was as though he had read my mind. At that moment it seemed like years of doubt and denial had came flooding toward me and knocked me breathless. After the speech was over, my group sat down near our rooms and began to chat. I looked at all of them and simply said, “I love all of you and can understand if you don’t want to be my friend after this, but . . . I’m gay.” They all kind of looked at me like I’d thrown up. Then one by one they stood up and began to hug me. I couldn’t help but laugh—I was so surprised. I expected them to go running for the hills! Since then, I’ve been on two mission trips and I volunteer at Bible school. I recently came out to my mother, only to have her apologize for the way she originally reacted. Before my experiences, I never knew what the word “comfortable” meant. I thought laying in bed was being comfortable. Now I know that it means being who you are and showing your true colors. I’m not afraid to be a gay teen in America. I pride myself on the fact.