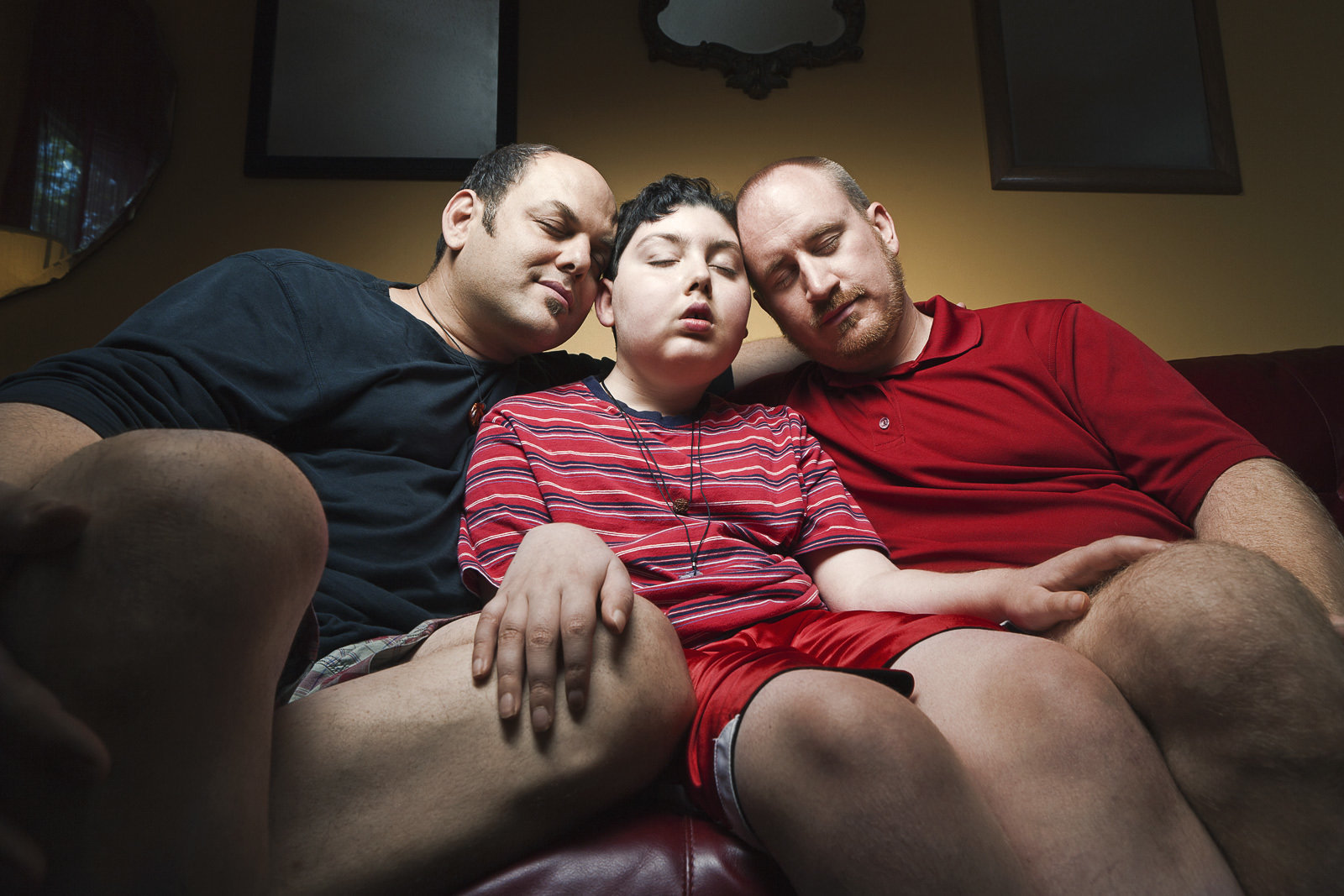 I am forty-two, a father, and a cancer survivor. I have lived in Minneapolis for fifteen years. My father was a United States diplomat. I grew up all over the world, exposed to the full spectrum of humanity from an early age—I learned what a drag queen was at my first Carnival while living in Brazil. Though I came out in 1984 at age eighteen, I married a woman in my mid-twenties. We had a son, Cameron, and divorced when he was three. I started dating men again soon after we separated, and had a few meaningful relationships over the years before meeting and marrying my ex-husband Scott. We were legally married in St. John, New Brunswick, Canada, where we sailed on Rosie O’Donnell’s R Family Cruise in 2008, with my son present. We had his full blessing; he even signed the marriage certificate with us, making it extra special. Cameron and I were always very close; he never had any hang-ups about my sexuality. When he was diagnosed with brain cancer, it was devastating for me. He fought it for over two years. After exhausting all conventional means of treatment, we tried Eastern medicine, traditional Chinese and Ayurveda, to help his body cure itself, but ultimately nothing could save him. A few months after Cameron’s passing, Scott left our marriage unexpectedly. I still don’t know exactly what his reasons were, but I am grateful for the time he was present, and his leaving doesn’t invalidate that. He was kind to Cameron, and I think our marriage may have helped make Cameron’s transition a bit easier, knowing that I would be cared for and loved after he was gone. It took some time, but I am okay now, and have been able to put the pain of being left behind me. The final two years of Cameron’s life were so surreal, but I am thankful that he is now cancer-free, rid of his broken body, and still inspiring so many people with his message and vision.