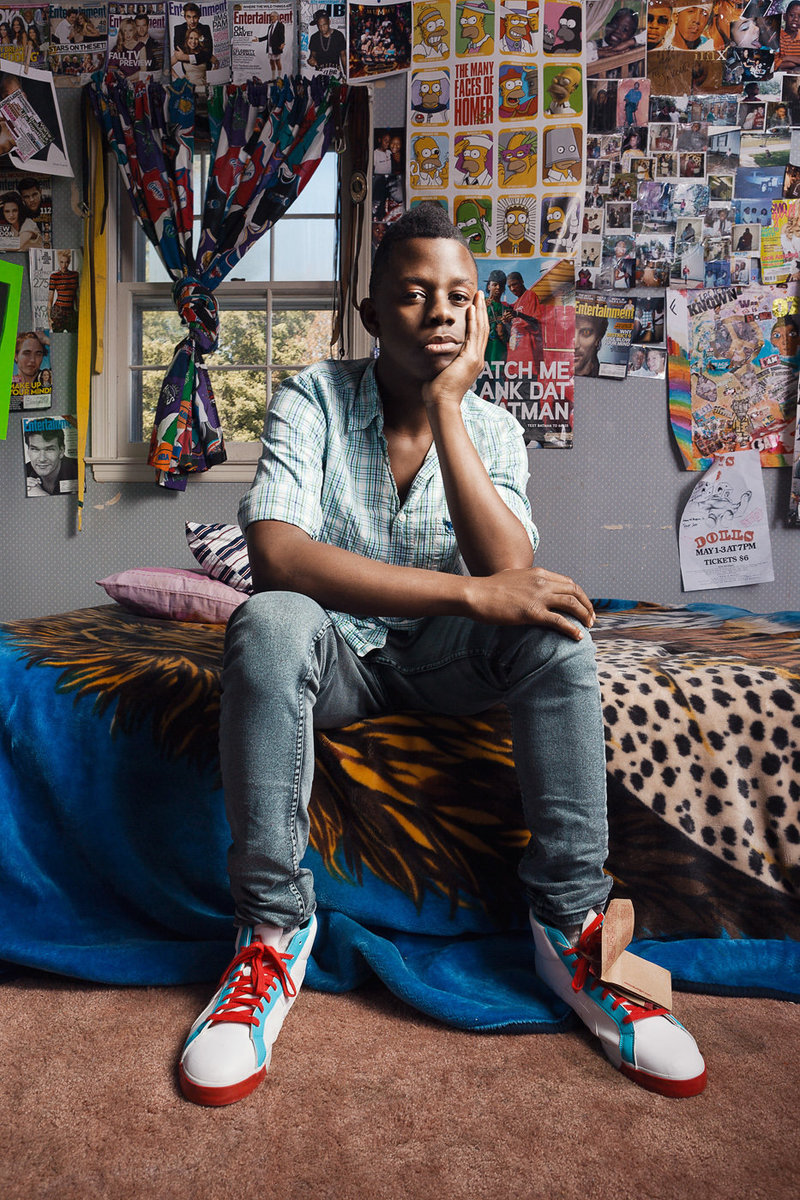 I live in what I would call a “retirement” town. There are lots of elderly people, everyone here is pretty conservative, and there are very few activities for people to do. When I entered high school I had just moved here from Atlanta, and it was an extreme change of pace for me. Everyone was quiet and tightly compacted into the stereotype of what was acceptable. I always knew I was gay, and in Atlanta I was slowly beginning to show it. I told my mother before we moved away and she was fine with it, but I was afraid to tell my father. He was a military man straight out of the country; I doubt he had ever come into contact with a sexual minority, let alone spend time with one. When we moved, we left my mother behind. They weren’t quite divorced and they weren’t quite together. I guess they assumed that moving away from each other would help them realize what they really wanted. When we got to Virginia I was excited about the fresh start; I could just come into school gay, no need for a back-story, no need to make friends, I could just be myself. I quickly found that being out of the closet wasn’t going to go over easy. Everyone in town was a carbon copy of each other. All the kids wore the same clothes and looked exactly the same. I forced myself to fit in, even carrying on relationships with girls from time to time. I was upset I had to act this way, to put up a front. During a visit to my mother, I told her how unhappy I was. She explained to me that if the people at my school couldn’t accept me as gay then they really weren’t my friends at all, and that I wouldn’t know those people ten years from now. She said I shouldn’t be something I’m not just to impress people. On the way back to Virginia I decided I would be an out gay male, probably the first my town had ever seen. It was a long ride back, and I told my father everything. At first he was uneasy, but he told me he was going to love me regardless. When I returned I cut my hair into a mohawk, got rid of all my masculine, loose-fitting clothes, and became more fashion-forward. I was on a high; I loved being myself. Unfortunately, other people didn’t. I was ridiculed, mocked, bullied, and harassed. People called me a faggot, wrote “fudgepacker” on my locker, and even threw things at me. Every night I would cry. I was so miserable. I got into fights and was beat up a few times. Someone vandalized my house, writing “faggot” across my front door. My father had enough. He put me in boxing classes and told me to stop being so passive. I spent the whole summer learning to defend myself. On the first day of tenth grade I got in a fight and made an example of the kid. If anyone insulted me I would curse them out so bad that they’d never want to utter another word to me. I became a bit of a bad-ass, but I was happy because people stopped bullying me and started looking up to me. More and more, boys started coming out of the closet, and became examples of how happy gay teens could be. I started a small gay student association at my school and became actively involved in a youth group for teenagers in the city. I’m not worried about fitting in anymore.