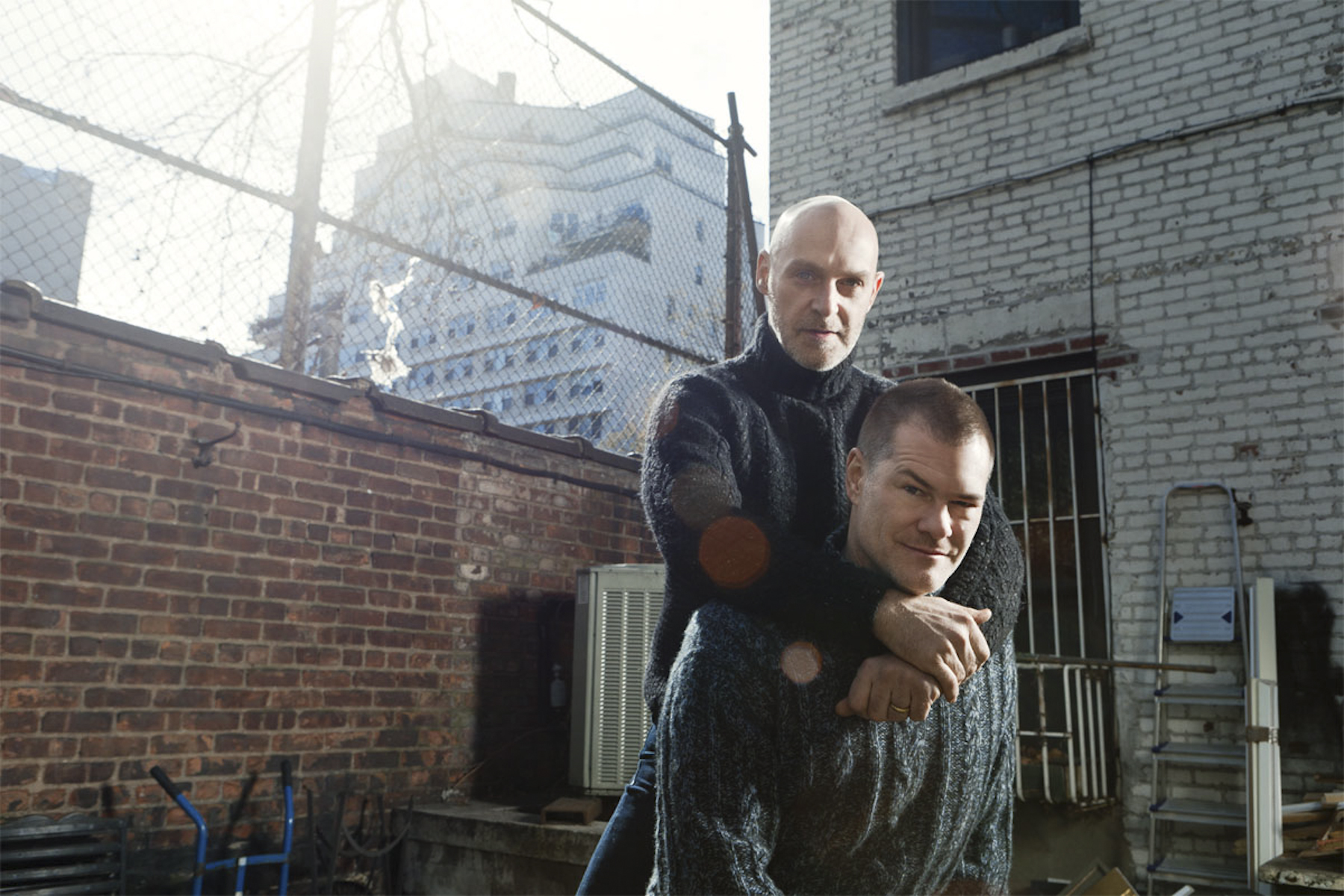 I fell in love with John one holiday season when I visited his picture framing shop. He had fashioned a mantle and Christmas stockings with people’s names on them out of hand-carved wood. His creativity, imagination, and almost childlike love of the holidays were a very powerful aphrodisiac. John’s world, at that time, was based solely in the West Village, while I had been traveling all over the world and felt very attracted to a simpler, more wholesome life. It came at a time in both of our lives when we felt ready to settle down and commit ourselves—heart, mind, and body—to each other. I think that after having survived the eighties and nineties as gay men, both of us losing many friends to AIDS and other casualties of the gay experience, we were ready to create a safe haven for each other and to celebrate monogamy and sanity (well, as much as two gay men living in New York can be “sane”). We really try to keep it local in all aspects of our life. John’s shop is four doors down from our apartment, and I have a design studio two blocks away and a retail store one block away. As gay men it is important to us to have a sense of community and a neighborhood where we all know each other, say good morning to each other, and support each other’s businesses. Where else but in the West Village of New York City could you hold a “gay dog wedding” and raise $6,000 for a local animal shelter? (John and I were the proud parents of one of the grooms.) Both John and I had pretty easy coming-out experiences. I actually came out to my parents when I was a senior in high school, and although there were some growing pains, they and all of my immediate family have been open, accepting, and loving from the get-go. I feel very lucky, as I know this is not the norm. John came out after college and was also welcomed with open arms by his family and friends. We both support the Trevor Project, which provides a safety net for young teens and youth struggling with their sexual identity. We feel so very fortunate to have always been able to express who we are. Our quest is to continue to define what it means to be a man in our culture, and to keep learning from and leaning into each other.