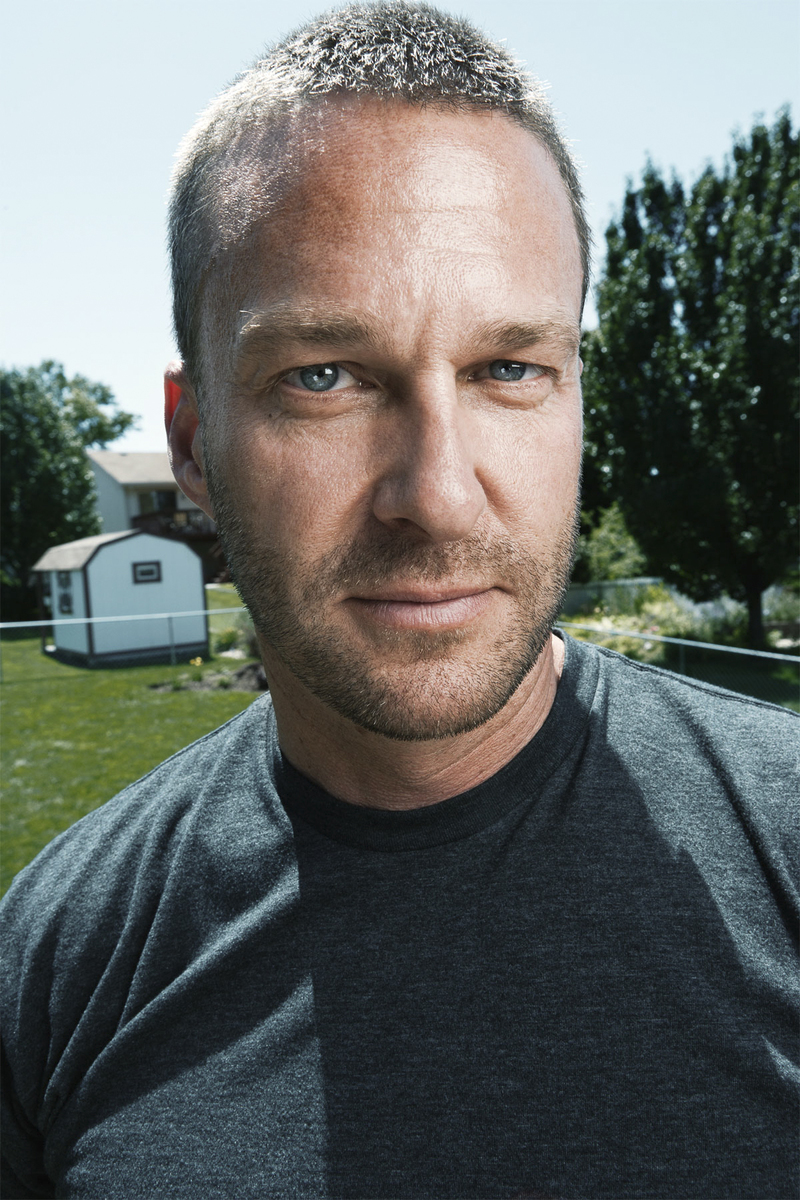 I’m divorced and have been out for four years. I was married for eleven years, and I have two amazing kids who are the center of my world. I was raised in rural Nebraska and have nine brothers and sisters, including one brother who is also gay. It has taken me a long time to get to where I am now, but it was so worth the journey. I grew up feeling I was different from the other boys but didn’t understand why. I was the kid who was always made fun of on the playground, chosen last for any game, called names, pushed around and beaten up by the tougher kids. I didn’t know what gay meant. I just remember feeling an attraction to the men in the JC Penny underwear catalog, and I was sure if I told anyone they’d think I was a freak. I was right. About a year later my brother, who was ten years older than me, came out as a gay man. And to put it mildly, it didn’t go over so well. Looking back, I’m sure this pushed me even further into the closet. My one job on this Earth is to be the best dad I can be, and part of that comes from being true to myself. I remember telling my kids at a very early age that no matter what, they can come to me and tell me anything, that our love is unconditional and it will never change. Then I got to thinking I better practice what I preach. I did as much research as I could on the subject of coming out to your kids. I nervously sat down with them for a family meeting in the living room on a Friday night. About halfway through my coming out speech, my son, who was ten years old at the time, came over, squeezed my shoulder and said, “Just a second here, you are still my dad, right?” I said, "Yes, of course.” He then said: “Well then, what’s the big deal?” Wow! That was all I needed to hear. Love wins! At first I found the gay world very strange. I didn’t think I really fit in anywhere. I was just a suburban dad raising two kids with a mortgage. I’m happy to say that today I’m in a happy, loving, and caring relationship. I have found the one for me. He completely gets who I am, for better or for worse. We live a very average life. The kids are with us half the time. We sit down to dinner, do homework, talk, and laugh together. Both kids adore him. They each connect with him in different ways. I have been able to “pay it forward” by helping several other dads go through the coming out process. It is rewarding to help them see that there is a light at the end of the tunnel. Things do get better, and in time things can get great. Looking back at this journey I remember one of the dumbest things I had ever said. While coming out to one of my brothers I said that no one would choose to be gay, and if I could take a pill and it would make me straight I would do it. Man, was I wrong. Today I couldn’t imagine my life not being gay—it just wouldn’t be the same. Being gay has been a blessing. It has made me who I was meant to be.