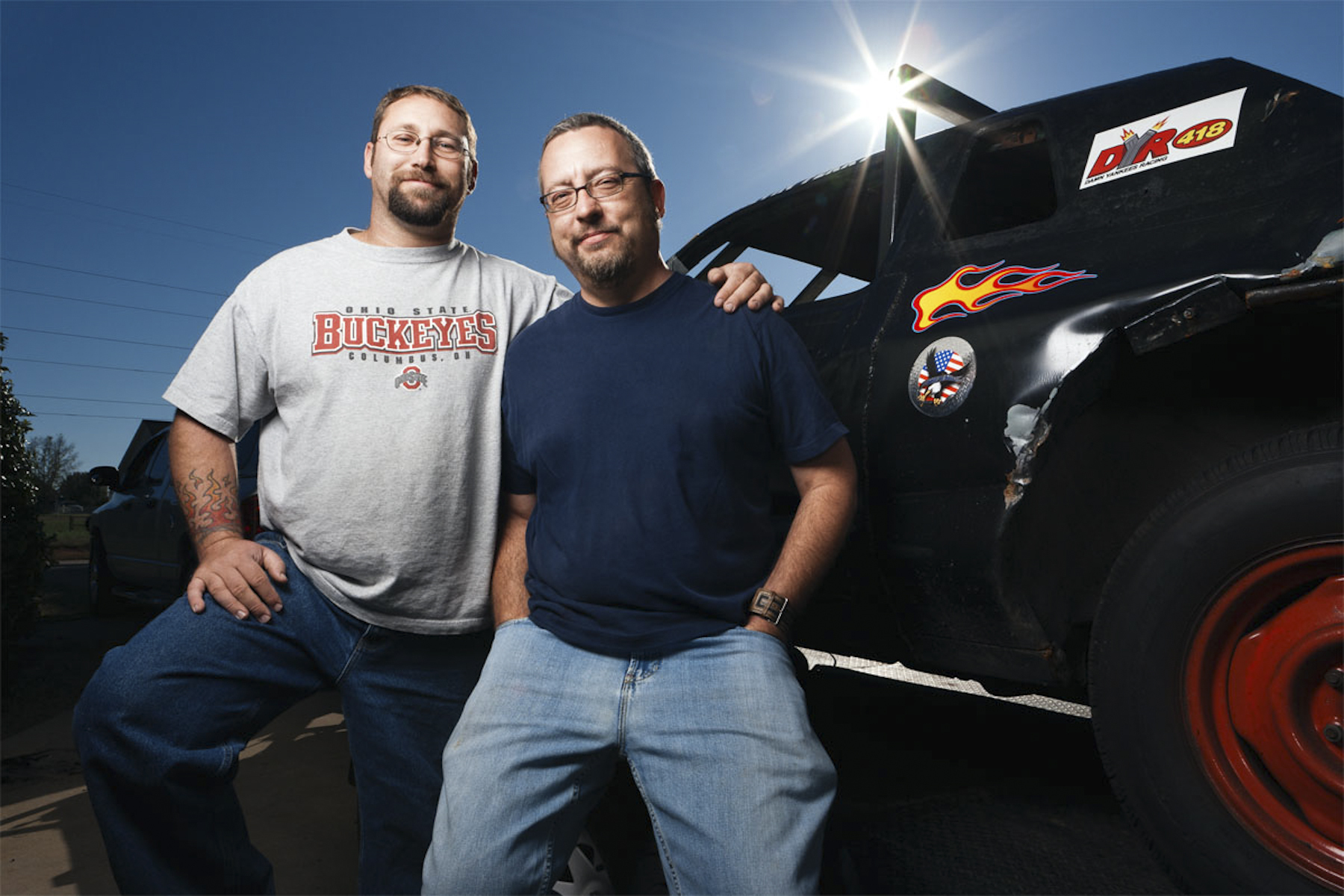 My partner Kevin and I have been together for almost seven years. We have a thirteen-year-old son who is Kevin’s biological child. Our son lives with us fulltime since his mother deserted him when he was two years old. Kevin and I own a house together, have three dogs, two cats, and about fifteen tropical fish. Our house is often a wreck, but we’d rather be doing things we care about and enjoy than spend every waking moment trying to keep fur off the floors. We love reading, traveling, cooking out, playing cards, and spending time with friends. Our biggest passion is our interest in 1960s and 1970s muscle cars. We have a 1967 Dodge Coronet that we are just beginning to restore. Another one of our more unusual hobbies is demolition derby. If you are not familiar with derby, it’s a contest where drivers in reinforced cars compete by smashing into each other. I am more of a spectator, but Kevin has driven in derbies for over ten years. Three years ago he won first place at the state fair and since then he has won second place twice. He’s very talented at it.