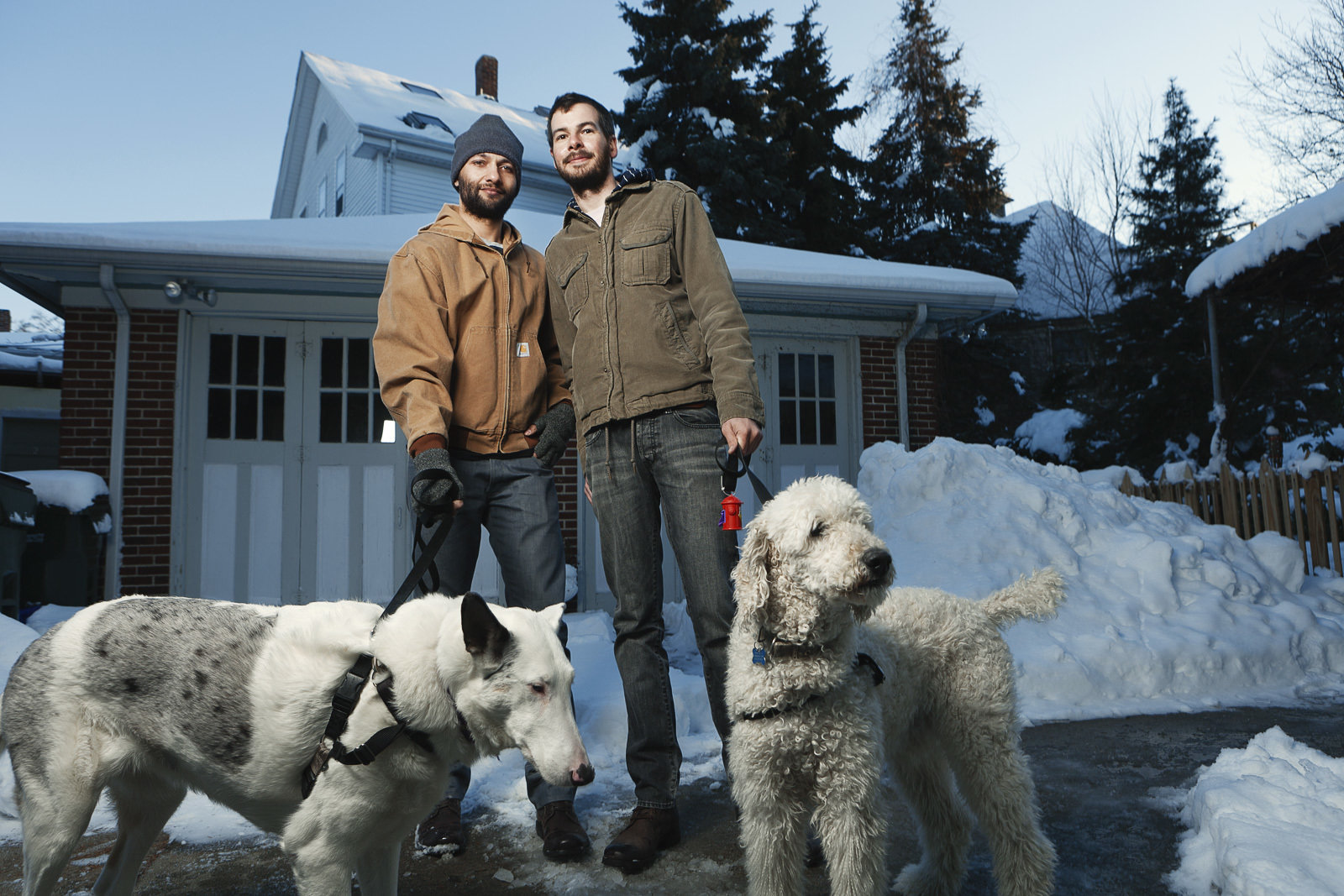 Bobby: We met at a club in D.C., where Kolajo and I both lived and worked for most of our twenties. We dated for a few months and things started to get serious, but Kolajo had already decided to leave D.C. and attend graduate school prior to us meeting. Kolajo: As soon as I got my first acceptance letter, I began to suspect our relationship was more than just a fling. I decided on Harvard, where I am now working on my doctorate in education. After experimenting with a long-distance relationship for about a year, Bobby decided that he liked me more than he did living in D.C. He got a job as a campus planner for Brown University and moved to Providence. I similarly decided that I liked Bobby more than living in Cambridge, and I now commute to school by train, three to four times a week. Bobby: We find Providence to be a city of glorious contradictions, as is New England in general (think pleasant summers and almost unbearable winters). It has a small-city charm, a robust art scene, great restaurants, affordable housing, generally progressive politics, and a strong local food culture. It also has all the grit and unemployment you would expect from a former industrial capital. Its gay population is large for the city’s size, the bars are plenty and varied, and the folks are friendly. Our neighborhood, the West Side, could most accurately be described as a gentrified mix of artists, hipsters, college students, families, immigrants, and long-term residents. Kolajo: Bobby and I spend a lot of time keeping our nineteenth-century Victorian home from falling apart. We consider ourselves to be amateur cooks, and spend many nights executing recipes from all our bibles of modern cookery. We are proud members of our community garden, though Bobby is the one with the green thumb. Bobby: Kolajo, on the other hand, spends most of his time dissertating, while I keep myself busy in my-third floor studio with canvas and oil paints. We have two dogs: Lou, a loving eight-year-old standard poodle, and Albey, an incorrigible four-year-old smooth collie.