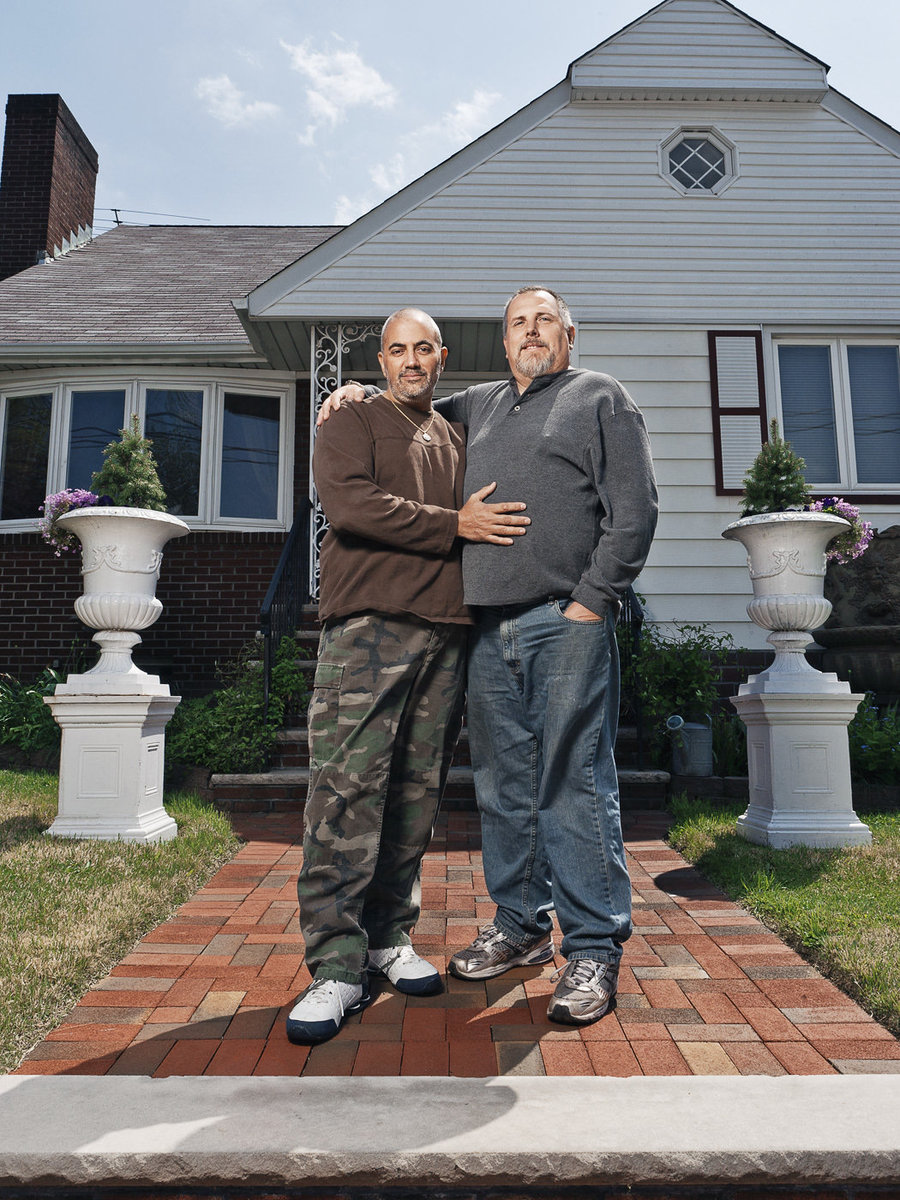 I am a Cuban American who got to New Jersey by way of New York City. My partner, Brian, is a former Jehovah’s Witness, and was born and raised here. Coming from that background there are a lot of issues for him about being openly gay. But he does what comes naturally to him, and he is the most gentle and sincere man you will ever meet. Brian was also born deaf, and has overcome many challenges related to his hearing loss. As for me, I abandoned all ties to my family when I came out in 1971 at age seventeen. They wanted me straight and married, and I would have nothing to do with a fake heterosexual life. I’d seen what that did to my parents—my father was a closeted gay. I was molested as a child by the father of my younger brother’s friend. I was invited to the beach with his kids, but his kids never came, and I never saw the beach. When I was twelve, I was forced into incest for five years by a first cousin, right under my parents’ noses. And while visiting my aunt here in Paterson, I was raped by a group of people who were tenants in her house. They asked me to drink alcohol with them and then they overpowered me. After several failed attempts at taking my life, I gave up on that routine. It never worked for me, so I guess it’s my lot in life to live with the past and deal with my present. And the present is good. Brian and I live happily together and have been married for two years. Sometimes it is still difficult to keep from looking over my shoulder because there are pieces of my soul that will always be damaged. But I keep on trucking. I cannot change the past, so I continue to re invent the future. After twenty-seven years in the hairdressing industry and speaking with many of the men I’ve worked with, it came to my attention that early rape was part of the history of many of my gay contemporaries. It was never something they spoke of freely. I hope men who hear my story will feel safe to share their own without fear or shame. Today I concentrate on my art and host lots of dinner parties for my close friends. I also like gardening, photography, sculpture, and other things that pique my interest. I have a tendency to stay with a partner until they either toss me or they die. I think this one is for the long haul. Unlike my family, who had little ambition for bettering their lives, I have found a perfect niche.