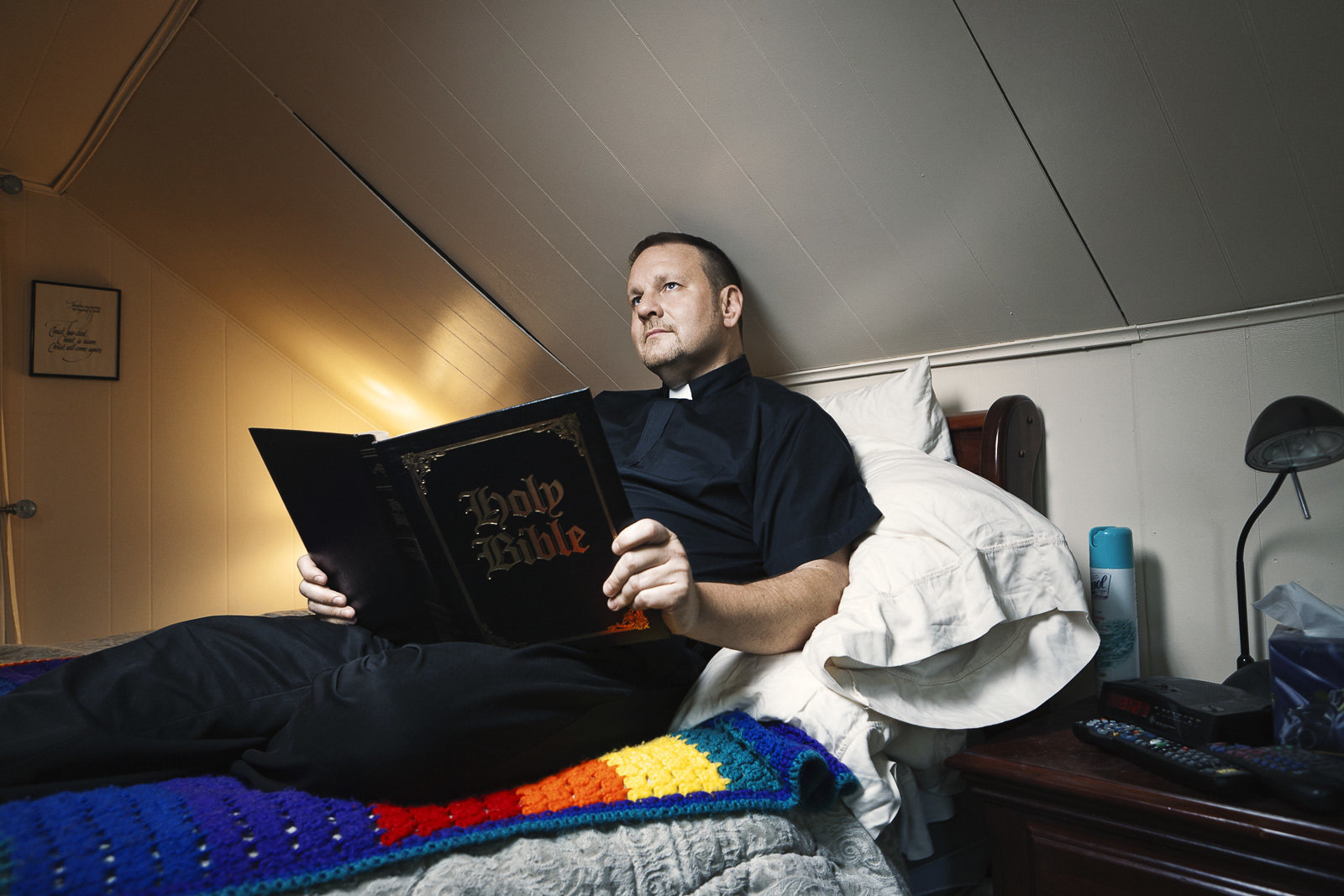 During my ordination in 1997, my sister Lynne proudly told a story about when I was five years old and was asked, “What do you want to be when you grow up?” I replied without hesitation, “A preacher!” But reconciling my emotional and physical feelings toward men with my calling to be a minister was not always possible. When I came out in 1988 as a gay man, then married with two children, I was emphatically told not to return to my Southern Baptist church; there was no place for my kind of Christian there. So I found a church where they would allow gays to be members, but we could only participate in pastoral worship. Gay congregants weren’t allowed to teach, pray, or preach; they could only attend, listen, sing, and of course contribute to the offering each Sunday. For a while that token involvement seemed enough, but I sensed inwardly that my calling to preach was still there—alive, vital, and insistent. I eventually discovered the Metropolitan Community Church of Detroit (MCCD), part of a worldwide denomination for LGBTQ people. I remember driving around the building several times before getting up the courage to go in. As I entered the church that memorable Sunday I heard the choir sing, “Blessed Assurance, Jesus Is Mine!” I sat there deeply moved, singing along to the words I knew so well by heart. I cried long pent-up tears of joy. I was home. In 1993 I became the church’s interim pastoral leader, and, following my ordination, its pastor. I have finally reconciled being gay with being a minister. God loves us just as we are, gay or straight. At long last the five-year-old boy was made whole. Today, as Senior Pastor of MCCD, I feel I’m one of the luckiest people in the world. I have two beautiful grown children, Brian and Amy, who accept me as I am. In fact, on a Sunday not long ago, with my son back from four years serving his country in Iraq, both my children attended the service. I am out and proud, and I know my calling is a blessing to me, my family, and my congregants.