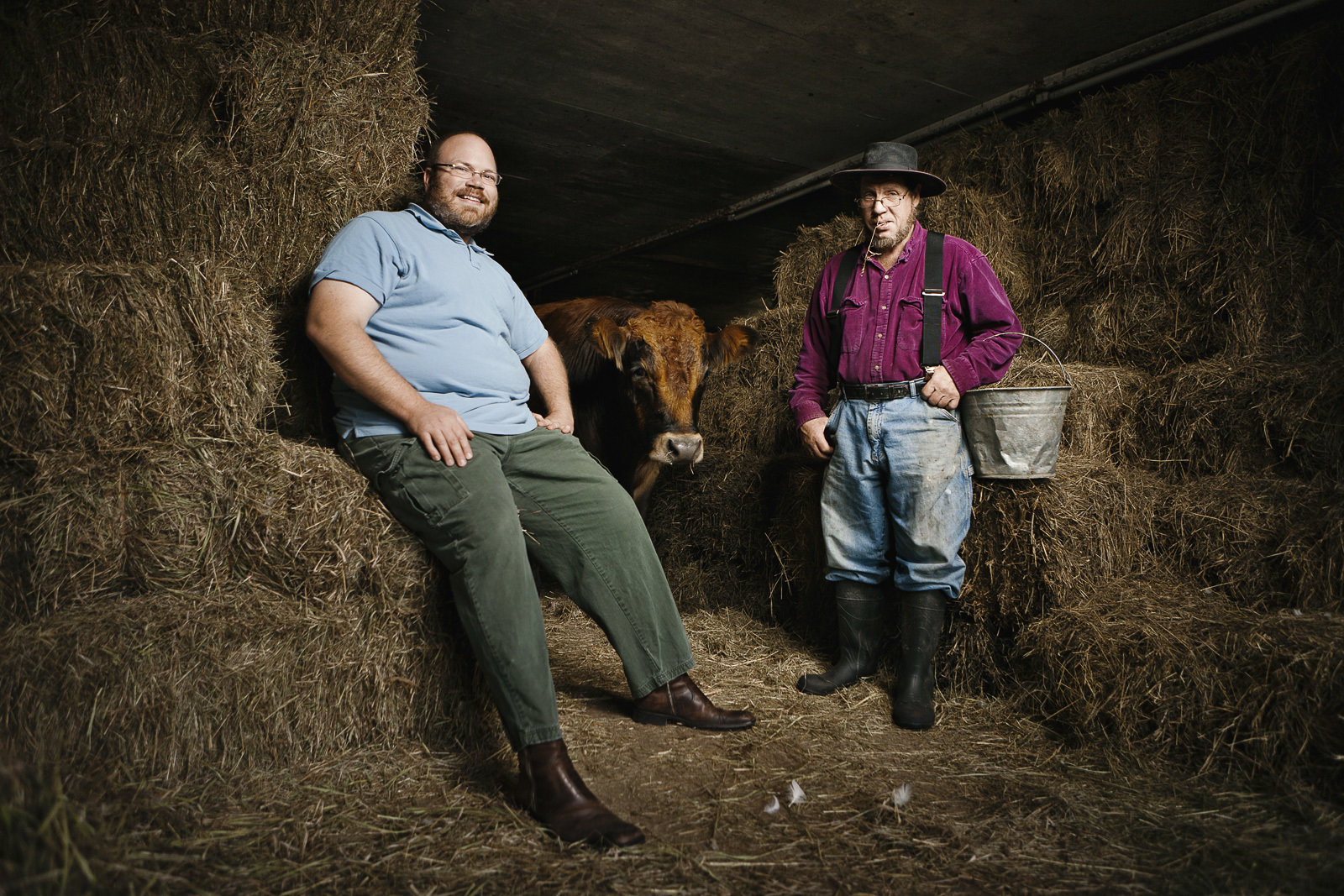 My partner and I have been in Alaska for ten years. We own an eighty-acre ex-dairy farm that we are trying to resurrect. Since 2006, we’ve been building a large (some would say huge) two-story house right in the middle of it. We’re finally getting siding on this month! We’ve begun collecting milk cows; two are currently being milked, and two heifers were born this year. We’re also raising hogs and one of our sows had her second litter two weeks ago. The goats kept eating my garden, so I insisted they had to go. The farm looks out on the glorious Alaska Range, as well as the White Mountains and the Granites. Living here brings us closer to our dream of self-sufficiency. I work as an environmental specialist for the Army. I am also chief of the Delta Junction Rescue Squad, an unpaid volunteer position that takes up many hours. Allen works for the state during the summer as a park ranger and is the true farmer between the two of us. We’re two Southerners who moved here for my job. We were curious how such a small town would greet us, and discovered that everyone knew pretty much everything before we even got here. Small towns have no secrets—even if you want to keep them, which we did not. There was a week of polite but curious gossip and questions, and then nothing. Our lives as gay men here have been completely uneventful. In fact, it’s more like the movie Big Eden, where good-hearted, loving people have pushed us to share our lives with them in a way that completely surprised and overwhelmed me. For this reason alone, we are home.