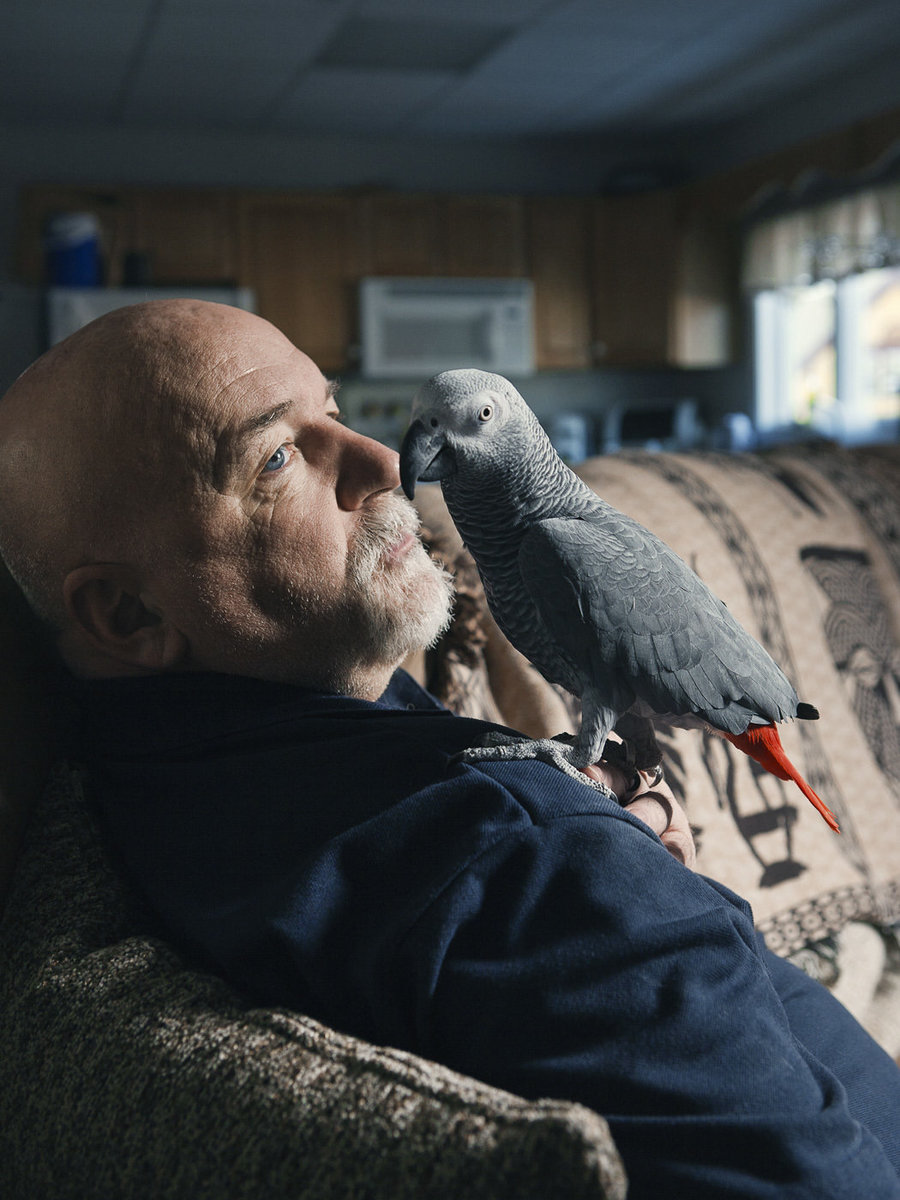 No model material here. I am just a fifty-two-year-old single gay man living on the New Hampshire/Vermont border in the town of Colebrook. My bird’s name is Richardo and he is very spoiled. I was born and raised on a dairy farm—up early in the morning and to bed early at night. At an early age I knew who and what I was, but due to family values and my upbringing, I attempted to do what was expected of me. I got married and I am the father of two great kids. My daughter is the result of my ex-wife’s first marriage. When I first met my ex, her little girl was about three weeks old. She was thinking of giving her up for adoption but once I met the baby there was no way that was going to happen; I was hooked on her. As time went by we had a little boy who was born three months early. He never left the intensive care unit in the nine months of his life. That was the biggest loss in my life. I didn’t plan to ever have another child, but then along came my son, who is now an adult and a dad himself. He was also born three months early, weighing in at two pounds, three ounces. Today he is a sergeant in the armed forces as well as the dad of a daughter and a pair of twins—a little boy and a girl. And we have found out there is one more coming! When I finally decided to leave my wife, I told the kids my story. I didn’t want them to find out that I was gay later in life and not want to live with me. They chose to be with me. I was very proud of that. So from that time forward, I worked hard and raised my kids the best I knew how. Today they are both very close to me and totally behind the choices I make in my life. I’m still single, but that’s okay. I was too busy raising the kids to worry about my personal life back then. It must have been tough for my kids, but they never complained or mentioned anything about being harassed in school. I do believe from rumors I heard that my son did get harassed, but he never once came home and told me a thing about it. I work in the purchasing office at a furniture plant and I also bartend and wait tables. Yeah, I am lonely at times but I would not trade the kids for anything or go back and change a thing.