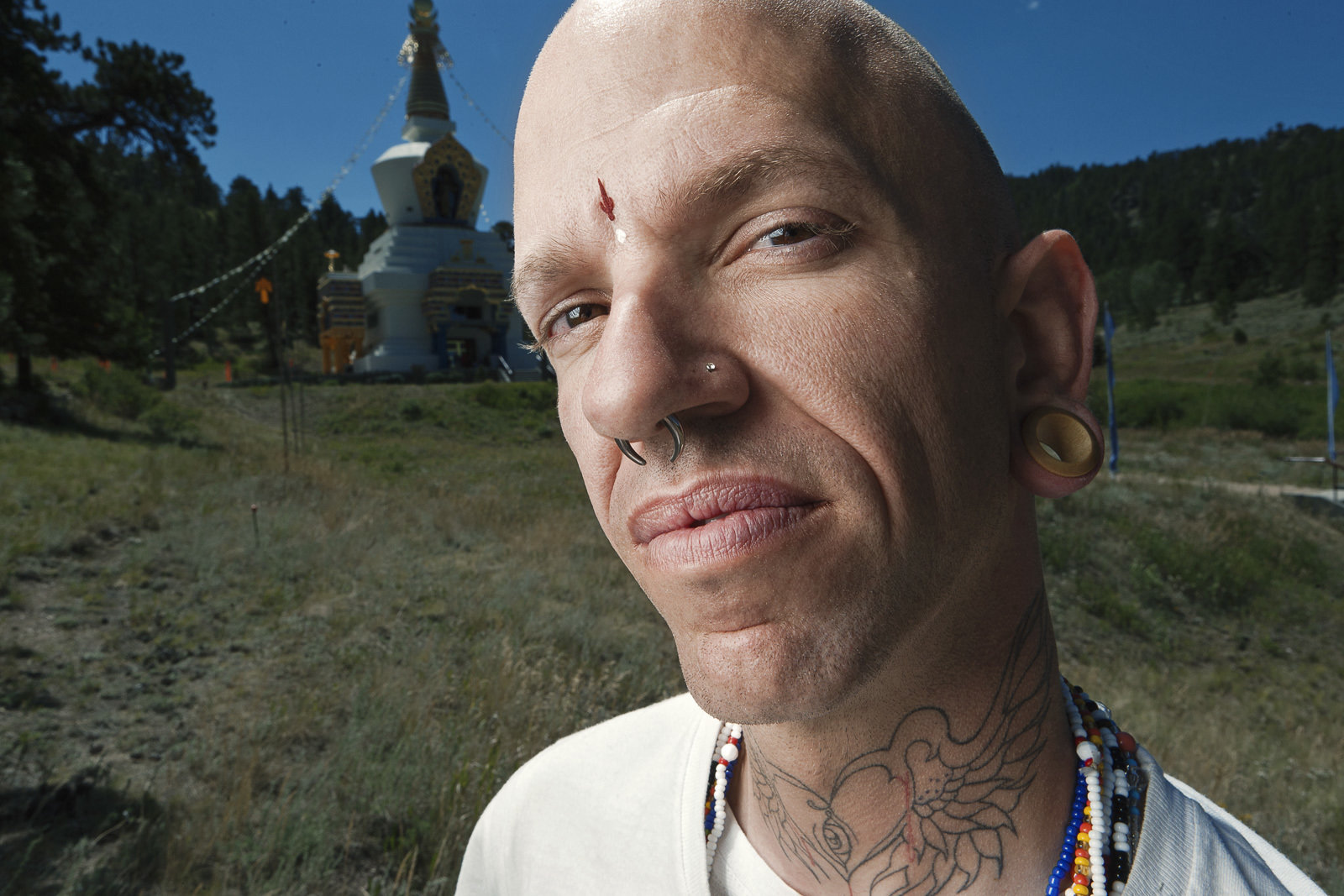 I’ve had a very rich and full life so far. Part of that comes from authenticity and honesty, just being who I am in my day-to-day life. I’ve been a cook, a bus driver, a sex educator, a massage therapist, a barista. I’ve lived in a Radical Faerie sanctuary and a Buddhist meditation center. I am enmeshed with many different parts of humanity. I can identify with certain situations or behaviors, but the moment I identify as them, the trouble begins. My relationship to both Radical Faeries and Buddhists remains placid, but I think that’s because I’m not trying to be either. I’m a Lukumi. I’m a Santeria practitioner. My heart and soul belong to the Orishas and to my ancestors, the spiritual totem that supports and raises me up to be walking on the Earth. They are the beings who nudged me past my apprehension of both Buddhists and Radical Faeries in order to explore what each offers, and that’s been a great deal. I have made a complete metamorphosis in the last seven years of my life because of my experiences in both of those intentional, spiritual communities. I started losing my hair at twenty-one, so the shaved head is masculine by default. I can’t deny my anatomy, but gender has always been a very gray thing for me. At this point in my life, and really, toward the end of my living at the Buddhist center, I felt like living through a feminine lens. If I had to pick a gender expression that fits my entire identity, it would be a tomboy. I love Doc Marten boots and punk rock and motorcycles and camping and tattoos, but I also really love to look fierce and female and strut my stuff! Living in those communities forced me to ask important questions about myself and about what kind of world I live in, and what I can contribute to that world. The answer might not be about high heels, but it will probably be delivered in them. All things considered, that’s not so bad.