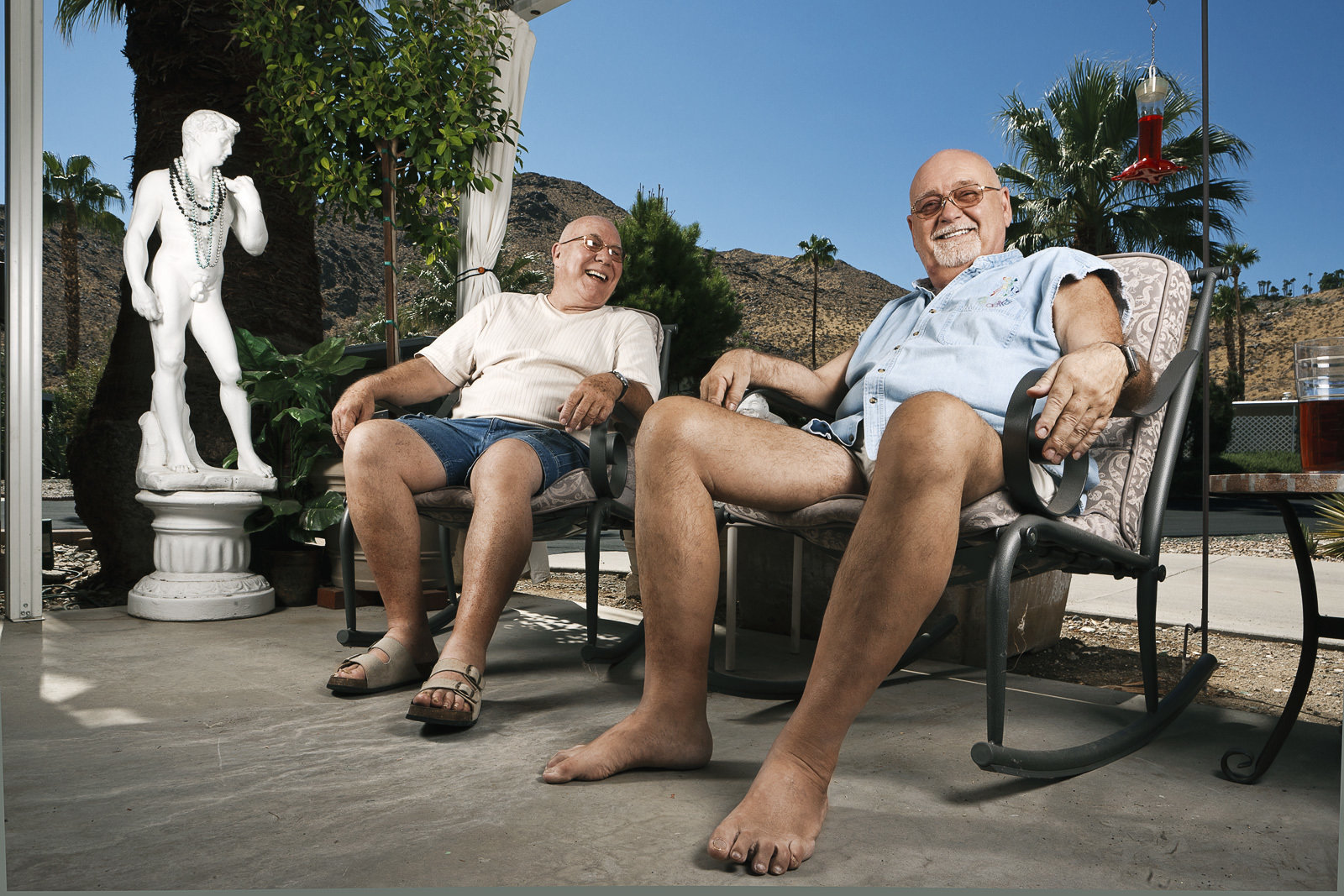 We are products of what we call the ignorant generation, the generation that could not even talk about sex, much less sexual orientation. We are also products of rural environments; I was raised in Montana and Jim in Kansas. We both followed the dictates of societal mores and married and had children. Jim, the furry one, was married for twenty-seven years; I was married for twenty-one. We have pretty cool relationships with our respective families. We’ve been together for fourteen years, eight as registered partners in the state of California. As gay men, our philosophy is that we neither flaunt nor apologize for who we are. We have always lived as the minority gay couple in all-American communities. We proudly fly our pride colors, but at the same time we go out of our way to connect with people. Maybe we’re just lucky, but we’ve never been put down in any way. We have had neighbors flat out tell us how much they appreciate us being here. As gay men, no other joy makes our hearts leap more than that. We choose to live quiet, orderly lives, being sensitive to those beside and around us, and we feel we have earned their sincere respect and affirmation in return. We are committed to being positive role models, helping by example to bring down the myths and stereotypes. Our life’s hope is that we touch people’s lives in a way that they might reach acceptance and understanding of the reality of being a gay man, and realize that embracing diversity really is fine. We’re just pretty plain, low-key men.