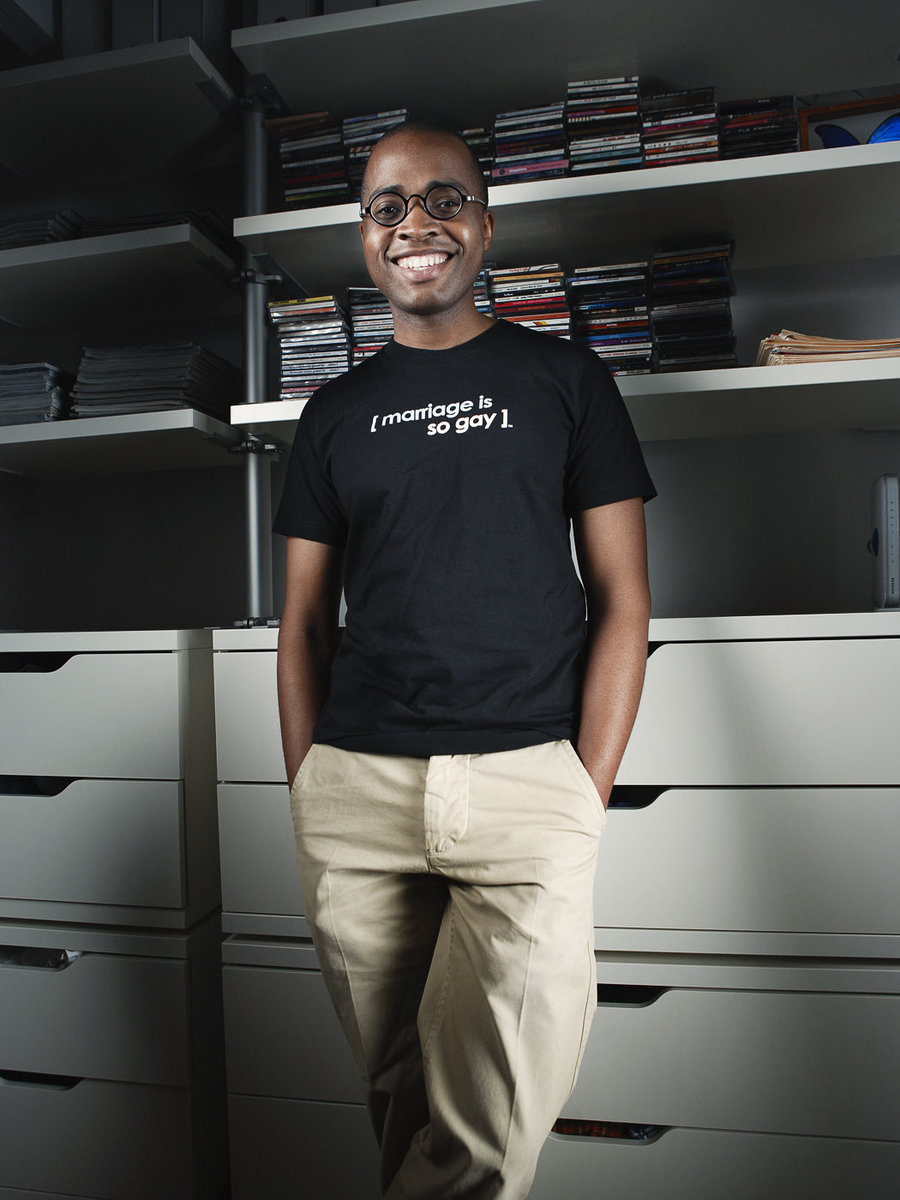 I was born in Mississippi, but I grew up in Southern Georgia. I always knew I was gay and I also knew I had to get out of the Bible Belt as soon as possible. I searched every college guide and periodical I could find to determine what the best school in the country was for gay students. I discovered that Yale was a really supportive place, and I was lucky enough to get in. Even so, I stayed in the closet until a month after college graduation when my bursar bill had been completely paid, as I feared my parents would pull me out of liberal Yale if they knew I was gay. I came out in July of 1998, and went on to graduate school that fall to study public policy at Harvard’s Kennedy School. I’ve lived in New Haven for ten years and I love it. In 2005 I bought a two-family house that was built in 1867, and spent a year renovating it. I like to garden, and for fun I also enjoy learning about wine. I don’t think about the fact that I’m gay so much anymore. Most people know I’m gay (since I appeared on the front page of the local newspaper’s business section wearing a “Marriage Is So Gay” t-shirt). It hasn’t changed anything. I am who I am. I’ve only had three serious boyfriends in my life—including my current boyfriend of two years. At this point in my life, getting married and having kids like my other friends (who happen to mostly be straight) are the main goals on which I’m focused.