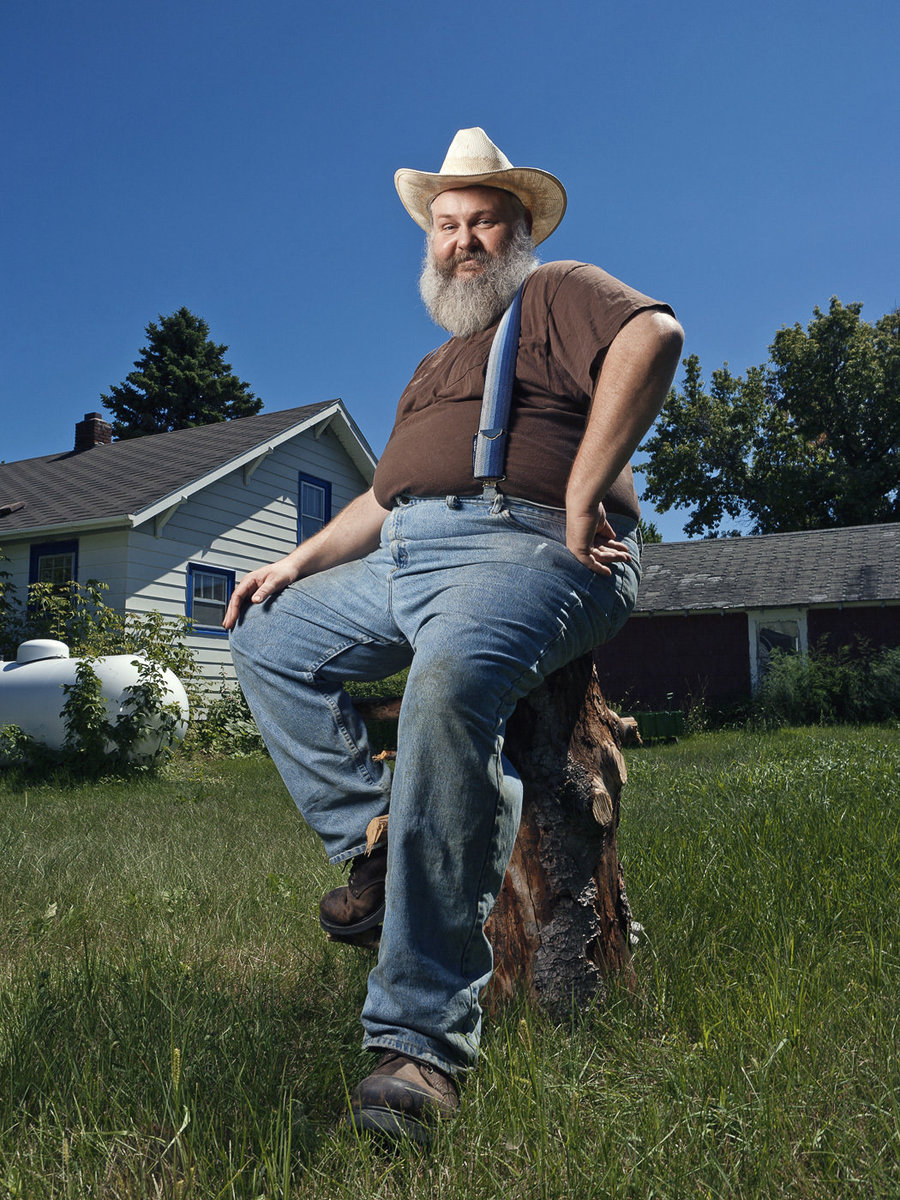 I am a forty-four-year-old, gray-bearded bear. I have been letting the beard grow out for more than the year since my dad’s death, so it’s bushy even for me, but it’s kind of fun to let the wind blow through it. I live in a small town about thirty-five miles outside of Fargo. I moved to North Dakota in 1989. I am out, have been for a bit. I came out to myself in 1992 and then to my folks five years ago. I am out at work and anywhere else too. I am not what most folks picture when they think of a gay man. But there are a lot of us, and we are all around. A lot has changed for me over this past year. Probably the biggest thing is that I found out I have diabetes. I can’t say I was shocked to hear the doc diagnose me; anyone over 300 pounds would have to live in a fantasy world to be surprised by that. It was a wake-up call. Since then, I have lost somewhere in the neighborhood of sixty pounds and weigh a slim 284 now! Folks are just starting to notice, or at least say something. My goal is to get down to about 230. It’ll probably take another year, but doing it right is the important thing.