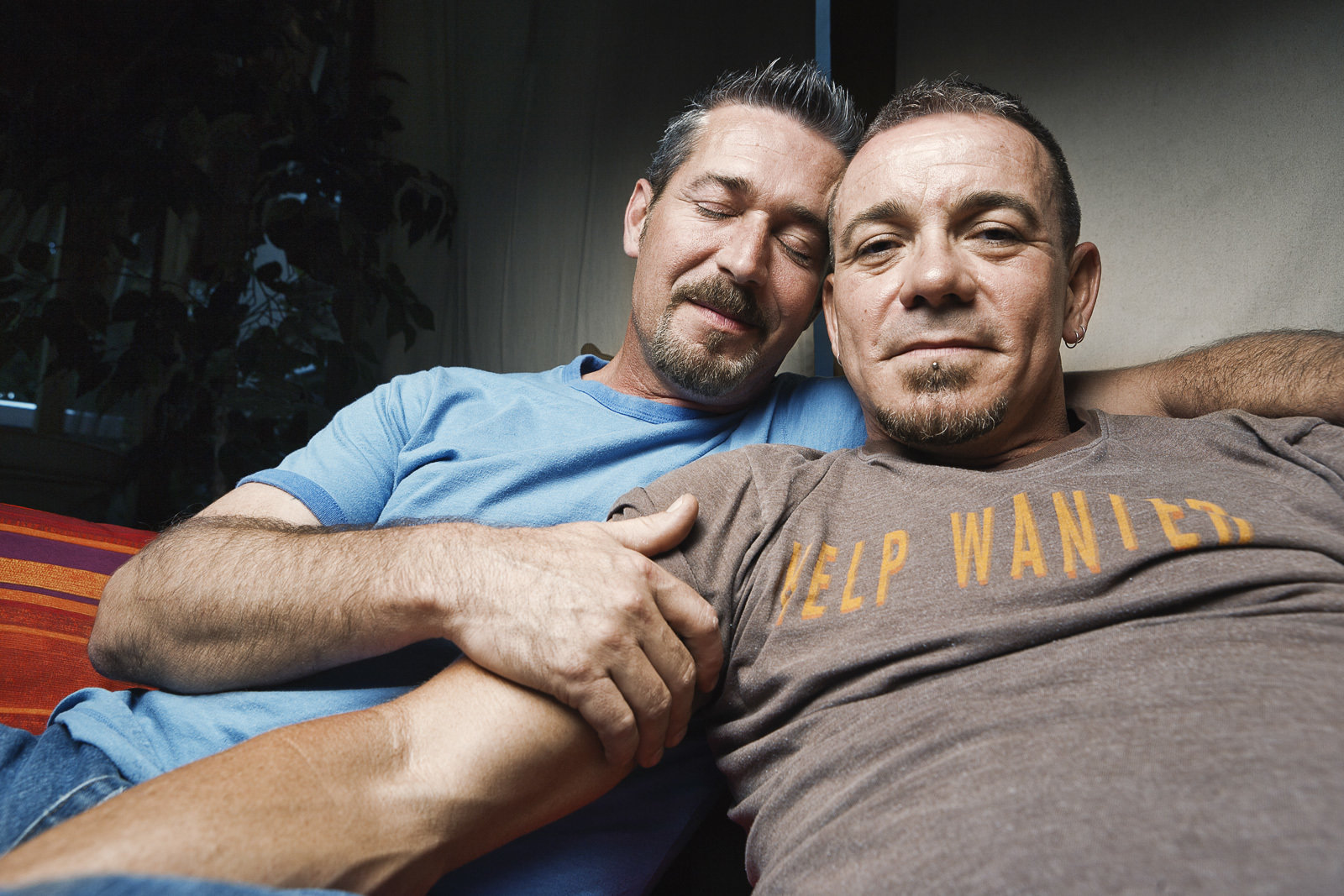 I came out when I was seventeen years old and a junior in high school. It was a bit of a shocker to family and friends because I didn’t fall in to the category of what people thought of as gay. I was popular in school, had girlfriends, played sports, and was generally a guy’s guy. My partner Roger came out at twenty and also told his parents about that time. His family is supportive of him. My brother is just a few years younger than me. When I first came out he was very upset and angry, though I didn’t know why at the time. It turned out he was gay, too. We were always close, and he really looked up to me, so he thought he’d be labeled as a copycat if he revealed he was gay after me. I didn’t know the reason for his reaction until he came out at sixteen. We finally sorted through it all and are still very close. My sister is seven years younger than me, and she came out when she was twenty. She was a tomboy growing up. She liked the guy stuff—playing sports, getting dirty; she wasn’t afraid to play with the guys. We were close as kids and still are now. She lives in Florida, and my brother lives here in Tulsa—as do our parents. We each have very unique personalities, yet we do share a very special bond that’s different than most siblings. Our parents are very supportive of all of us. It may seem unusual to have three out of three kids be gay, but for my family, it was normal.