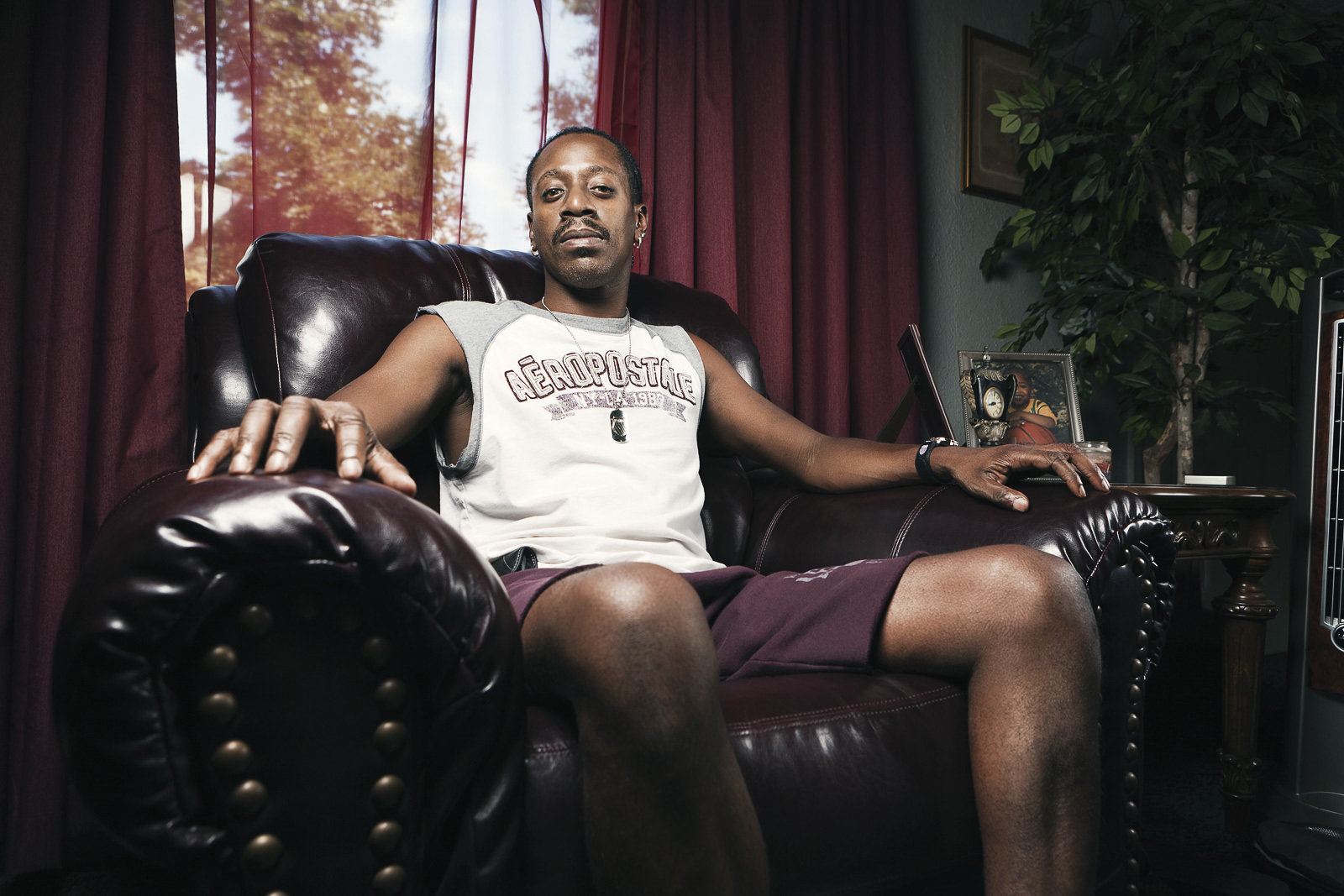 Being a gay man in Wichita isn’t a bad or good thing. It’s the largest city in Kansas, so tolerance is relatively high, and we’re evolving into an even more accepting city. We have an annual event in mid- October that is a platform for HIV/AIDS awareness. Wichitans come out in big numbers to buy art and expand their awareness of the gay community’s influence and presence. We still have a long way to go, but our path is clear. Being an openly gay black man, I have had mostly positive experiences since coming out when I was eighteen. Since then I have always been open in public, in jobs, and in social settings. I have learned that how people carry themselves dictates how other people treat you most of the time. I lead with my personality rather than my sexuality. As a result, I believe most people look at me as a black gay man with respect. I also choose to surround myself with people who are positive and don’t carry a negative energy. Within black culture, being gay still carries a large stigma, so there is great reluctance to come out. Like anything else, with more education, I know that will start to change, too.