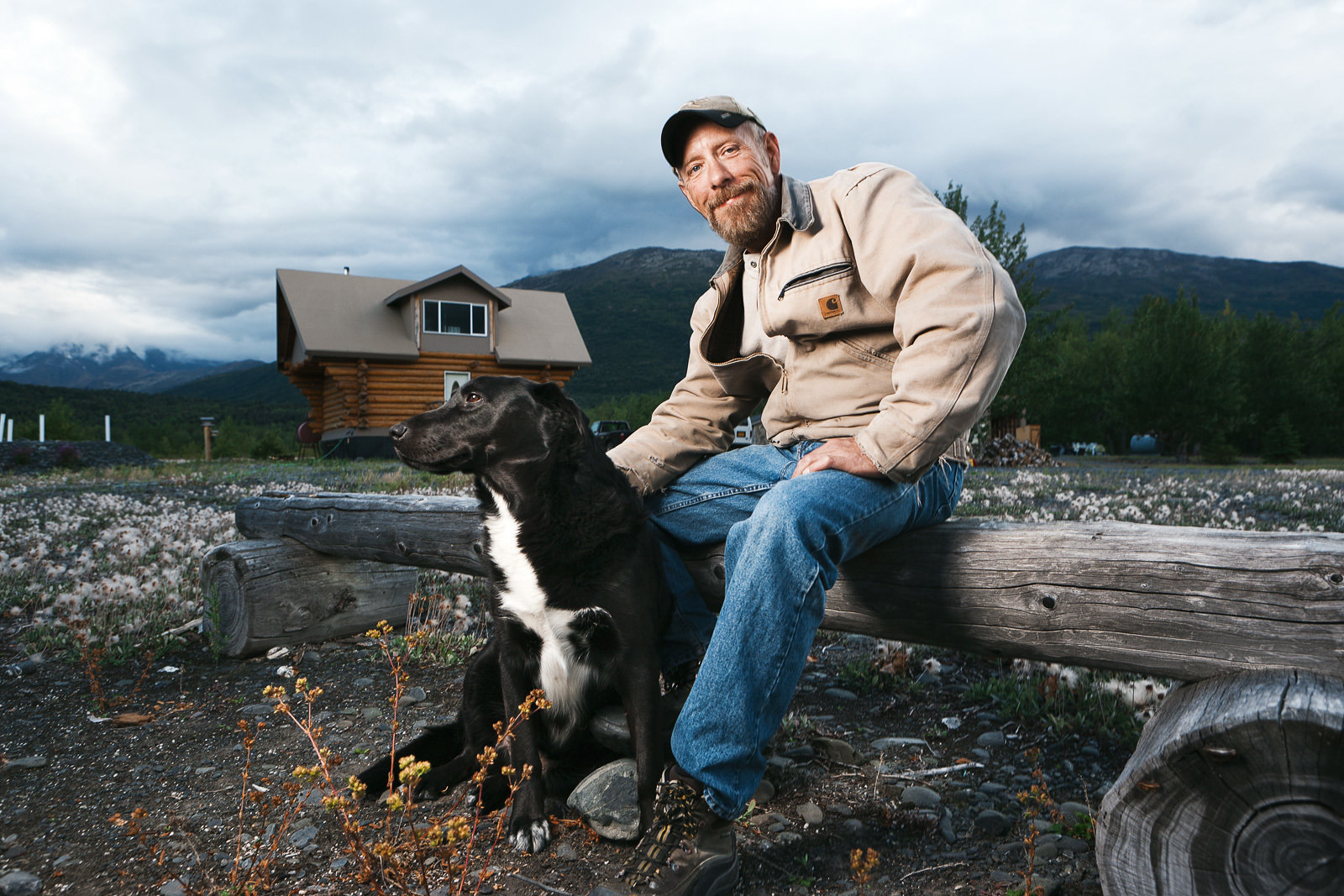 I am an openly gay man with a pioneering spirit and I’m living the life I’ve always wanted to lead. As a young man in Michigan I dreamed of coming to Alaska. I wanted to be Jeremiah Johnson. I was just this odd gay man who felt stuck in the wrong time; I wished I were born a hundred years ago. Everything in me wanted to be a pioneer, live off the land, and find a simpler life. About twenty-five years ago I opened myself up to the Alaskan dream, and now I can say that dream has come true. I could write a book about my adventures in this great land. New to Alaska at age twenty-two, I was determined to become a wildlife photographer. I spent months in the National Parks backcountry of Katmai, Denali, Wrangle, and St. Elias photographing bears, wolves, moose, caribou, and the auroras. Two years later I homesteaded in the Wrangle Mountains seventy miles from the nearest town. At age thirty I started a tour company and discovered that sharing the love of my life—Alaska—with people was my true passion. One of my best memories in Alaska is of me and my two adopted wolf pups howling to a wild pack under a brilliant red aurora. I’m passionate about the auroras and have been photographing the amazing light shows of the northern skies since I moved here. I’ve built two homes through the years; the second, where I currently live, is the Alaskan dream: a log home built from the ground up with a draw knife, chainsaw and a chisel. Ten years ago, Hollywood came knocking. They built a set for the movie Avalanche on my property, and I appeared in a couple bit parts. Since then I’ve had the opportunity to work with three major motion pictures, four reality television shows, Discovery, Animal Planet, and National Geographic. I’ve also provided locations and scouting for many commercials and hosted the Marlboro Cowboys for two still photo shoots. A gay man’s dream come true! I couldn’t help but think, here are these men—the epitome of masculinity and ruggedness in our society—doing a photo shoot in a gay man’s camp. Go figure! I had a life-defining moment about a year ago while hosting a group from Korea at my glacier camp. Only one person in the group spoke a little English. We sat in a circle dining on awesome Korean food, taking in Alaska’s incredible scenery. Upon leaving, the guide that spoke English said the group wanted to tell me something: they pointed to the incredible landscape and said, “We think this is you!” A tear came to my eye when I realized they were right. I have made a life of loving this land, breathing it in, and living the Alaskan dream.